Should You Have Cavities In Baby Teeth Filled?

It's common for parents to be leery about having a cavity in one of their child's baby teeth filled. After all, your child will lose that tooth eventually. So, if the tooth isn't causing your child any pain, why should you allow your child to go through with a procedure that could make him or her fear the dentist in the long run? Having a cavity filled in a primary tooth is actually very common, and there are several reasons that you should allow your dentist to complete the procedure.

Why Should You Have the Cavity Filled?

Many parents avoid having cavities, especially smaller ones, in baby teeth filled simply because they know that their child will lose that tooth eventually. While your child will eventually lose the decaying baby tooth, and an adult tooth will eventually grow in its place, the process could take awhile.

Children typically lose their baby teeth when they are between six and 12 years old. This means that if you don't have the cavity filled, your child could have a decaying tooth in his or her mouth for a long time. For example, if your four-year-old child gets a cavity and doesn't actually lose the tooth until he or she is 12 years old, your child would have had a decaying tooth in his or her mouth for eight years. During that time, a small cavity can turn into a larger problem. So, by having the cavity filled as soon as possible, you could be saving your child from needing to have a baby root canal or a tooth extraction.

Should You Just Have the Tooth Extracted?

It's common for parents to think that it's easier for the dentist to simply pull a bad baby tooth than it is to have the tooth repaired. Unfortunately, when a baby tooth is extracted, it could leave your child with a gap in his or her mouth for a long time. Missing teeth can lead to numerous problems, such as:

Benefits of Having a Cavity in a Baby Tooth Filled

If you allow a cavity in your child's baby tooth to go untreated, he or she is at risk for more severe problems. The fact is, the tooth is going to continue to rot. As the cavity grows, the tooth is more susceptible to becoming cracked, chipped, or infected. All of these problems can be prevented by allowing your dentist to fill your child's cavity. Other benefits include:

Read in about 3 Minutes 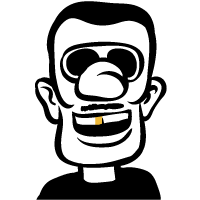 About a year ago, I realized that our family dentist was going to retire and that I needed to find a new one. Instead of stressing about the problem, I thought carefully about who would work the best for my family and then focused on working with that individual. It was a lot of work, but by the time I got in to see the professional, I knew that we were with the right dental clinic. This blog is all about choosing the right dentist and knowing how to narrow down the field. Check out this blog for more information.